It was an early 80's holiday, a group of people renting a BIG villa, with staff on site to cook and clean, so all that was required of the guests was to have a good time. After two weeks of glorious excess it's a wonder that we ever considered leaving Portugal, but as we were being booted out of our villa, leave we did. Upon departure, we did resolve that to be fair we really should return, and this time, have a look further than the pool, the sea, the bars and the clubs. 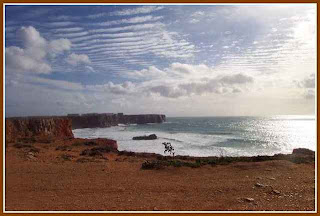 So two years later we did return, alone, and put ourselves into an apartment in the centre of Carvoeiro. This time we would learn to fend for ourselves, to buy locally, to cook on the occassions when we didn't go to restaurants and to explore just a bit.

The first thing that really struck us was the friendliness of the locals we met. A friendliness that truly did seem to go beyond the common courtesy one anticipates in shops and restaurants. When our two weeks was over, we knew that we would have to make yet another visit. And so it continued, and by the late 80's we had taken the leap and purchased our first apartment.

We didn't move to the Algarve until 2001, but did come annually, often many times each year. It wasn't, however, until we made the move that we really began to explore and enjoy what the Algarve has to offer.

It's true that Algarve offers some of the world's best beaches along its almost 200 kilometer coastline, with many first rate establishments along that lovely sandy strip. But there is also an Algarve that exists north of the EN125, the coastal road that runs from Spain in the East to Sagres on the western coast. This northern part of the county is where we now live, and where many of our travels take us. 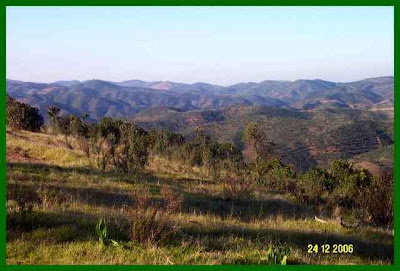 Our ramblings about our rambles in the Algarve will hopefully provide a balanced view of the fun and sunshine coast, and also the more majestic and serene inlands. Sometimes we will simply talk about the flora and fauna. Sometimes, people and places. And maybe sometimes, events.

Join us on our journey as we randomly wander in our Algarvean Daze.