For the last couple of weeks we have had friends from the UK here in the Algarve. I say it like that because while we did spend a fair amount of time together, they were staying on the coast, not actually staying with us.

On most of the occasions we were together we avoided the coast. We visited some of our favourite inland restaurants, kicked back and let the world amble by.

They told us that their holiday plans for next year were to take the family to Florida, and due to other future holiday plans they wouldn't be back in the Algarve for at least two years.

Imagine our surprise and happiness when they e-mailed us upon their arrival back in the UK, to say that they were cancelling the Florida trip and would be back in the Algarve again next summer. We would like to hope that our exposing them to the inland Algarve played some small part in their decision. 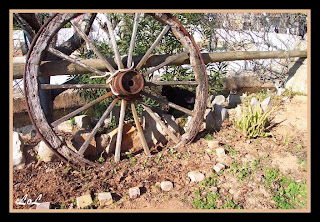 Finding the real Algarve is a bit like finding the cat in the picture above. It's there, but you have to know where to look!