It's Better To Light One Candle Than To Curse The Darkness... 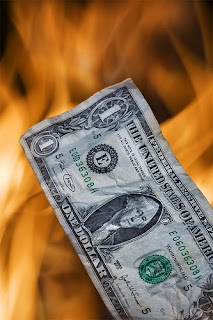 A few months ago our esquentador (water heater to mere mortals) decided to embark on a go slow. As it had been in situ for more than ten years I opted to replace, rather than repair. This in itself was a silly move, as the problem was not with the appliance but was discovered to be a partially blocked pipe running from the WH to the tap. Naturally this was not discovered until the new one was in place and functioning equally as poorly as the original, necessitating my removal of the WH and repeated flushing and back flushing of the tubular trap.

So now the new one is in place and works fine - as would the old one had I just cleaned the pipes. But that's just the preface.

Having decided that we would buy a unit without a pilot light, one that ignites electronically when the water is turned on, eventually I came around to trying to calculate what savings may be derived by only flaming-on when required.

Three times I recalculated the benefit, and the results were the same every time (NOTE: I'm not saying they are correct, only that they are consistent). Not having a pilot light burning saves seven (7) tanks of gas a year. That's a payback on the WH in one and a half years!

All this advice about switching off items on standby may just be true. And for seven tanks of fuel annually I'll learn to curse the darkness.