Working along the lines of 'there's nothing wrong with a little deviation now and then', or anything similar that was probably vocalised at some time by the Marquis de Sade, I will take this opportunity to deviate from my normal scribblings about things Algarvean to move slightly north.

Commencing our journey in the footsteps of one taken a year ago, we headed off to spend a few days around our base at the Pousada in Palmela. Although not really a lengthy journey, time and needs dictated that it may be prudent to insert a mid-day stop along the way. We slipped off of the IC1 at Alcácer do Sal, having decided to have a light lunch at one of the many cafes which line the river in this picturesque town.

The only parking space we could find was almost at the very end of the river road. As many cafes facing the shore were closed (it was a Monday), and feeling an ever escalating desire to inspect the local plumbing facilities, we stopped at the first restaurant that exhibited every possibility of being an establishment that would cater to the culinary cravings of travelers such as ourselves - the restaurateur's nightmare, patrons who buy a beer and a toastie in order to justify using the loo.

Greeted by the owner brandishing two large hard-bound volumes, we asked for the lista de snacks, rather than the ementa de refeições. The offended gentleman then adopted the quiet patronising approach that a weary adult takes with a child who refuses to comprehend dealing with the simplest of tasks, opened the menu for my perusal, pointing to the catagories of entradas, peixe, aves, carne and sobremesas, explaining that this was his only menu.

My next action could not have been more comically timed or more inappropriate. Across the top of the menu's first page was a masthead stating in inch-high, gilded letters, 'SNACK BAR'. Pointing to this typographical tyranny only resulted in our host abandoning us to the menus as he retreated into the restaurant.

By now we had decided that as I had seen Bacalhau à Brás (one of my favourite Portuguese dishes) on the board in front of the establishment, and my significant other half was agreeable to an omelette entrada as a main course - and as both of us were bursting, we would stay.

Once we had regained the attention of our host and given our orders, we noticed a slight change in his demeanor. When the food was delivered some of the frostiness had thawed, to the point that during the delivery of the obligatory 'bom appetito', he rested his hand on my shoulder. 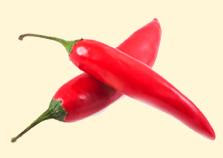 As I had not been sensible enough to immediately ask for that without which Bacalhau à Brás cannot be eaten - piri-piri - I requested some and was given a jar of obviously home-made sauce. Asking if this was a molhe picante caseiro, and being assured that it was and of it's pedigree, our waiter now departed the table having bestowed upon my back a hearty slap and another 'bom appetito'.

As our time in the restaurant progressed, each returning visit of our host culminated in more back-slapping and an ever increasing amount of chatter. By the time we left we were being treated like old friends. (By that I mean long-standing friends, not friends who were approaching 100.)

Why the change in attitude within a 90 minute span? Maybe because we decided to spend money. Maybe because we took the time to try to communicate in Portuguese. Or maybe because I know a bloody good homemade piri-piri sauce when I see one, and am not backward in coming forward in singing it's praises. Or just maybe a bit of 'all of the above'.