When Only Second-Best Will Do

A long time ago, in a land far, far away, I scratched together enough to make ends meet, selling musical equipment. At the top end of our keyboard range sat the musician's temple of excelence, the Hammond Organ.

The biggest single obstacle I had to overcome in selling against other brands was the fact that the people selling those pretenders would insist that their product was far superior to any other in the marketplace. Including mine. OK, you would expect them to say this, and if they were working for me I would sack them if they didn't say it. But not everybody could be correct, and as they weren't selling the product I was, they were sadly mistaken.

The best tool I had in selling around other's misguided zeal was to ask the potential purchaser to enquire of competing salesmen as to which brand was second best. This rarely failed to gain universal almost-ran status for my product, and frequently clinched the deal on my behalf. Nobody agreed which was the best, but all were in agreement about which was a close runner-up.

Now, before you think that I've lost the Algarve plot, let me tell you about a website I found recently. Called Best Benidorm Holidays, the site exists to sell holidays in, would you believe, Benidorm. As Benidorm is not in the Algarve, or even Portugal, why do I mention it here?

Because at the time of writing this, 9 out of 10 comments made on the Benidorm website were about the quality of the holidays in the Algarve, particularly Albufeira. 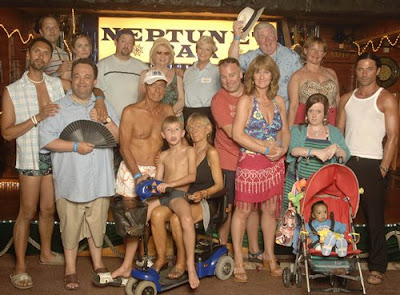 So back to my Hammond Organ analogy. If the Algarve can play second-fiddle to sufficient Benidorm-type websites, we can forget about bookings being 30% down. And as for Benidorm, we will see a third series on ITV, later this year!