Not really the truth, as I haven't flown recently. But with the peak holiday season approaching, it goes without saying that someone's luggage, and because of it, possibly a holiday, will end up being destroyed.

What I'm about to suggest that you have a look at is not directly related to the Algarve. It does hold relevance however, to both the occasional attitude of some airline personnel and to the likelihood of gaining compensation for your damaged possessions, entrusted for safe keeping to your chosen carrier. 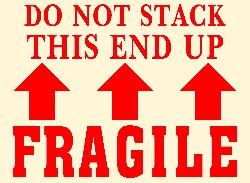 While the gentleman involved did finally manage to gain some satisfaction from United Airlines, the lengths he had to go to - and fortunately was able to go to - were extreme.

The bottom line is that if you can make enough of a nuisance of yourself, all is possible. Watch how the Sons of Maxwell, a band fronted by Dave Carroll, used the power of the internet and a song they wrote called United Breaks Guitars to bring United Airlines down to earth.

And, as the mere sound of this song will for years to come bestow abject terror in the hearts of airline officials everywhere, learn the chorus - just in case you need it at the carousel!