The Return Of The Prodigal

I'm not going to go into details, but yes, it's been a long time since I put finger to keyboard. Now I'm back. But I'm not the prodigal referred to in the title.

A restaurant we really enjoyed visiting went belly-up in February, just before I was about to bestow Algarvean Daze Bestaurant status upon it. Possibly had I done so sooner, it would still be under the same ownership. And operating. But I didn't, and it isn't. However, all may not be lost.

A new, enterprising restauratuer has picked up where the previous one failed. Hopefully he will not repeat the mistakes but will build on the successes. He has a capital interest in making it work. I want my idyllic venue back on the agenda. 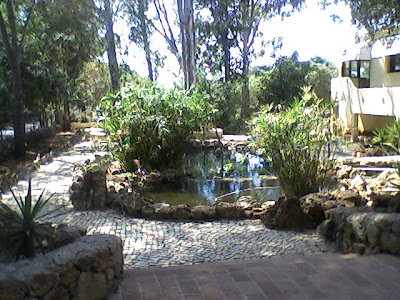 After I have had a chance (multiple chances) to revisit and re-evaluate, the restaurant will again be put in the queue for gaining Bestaurant status. Hopefully it will succeed.

For those whose curiosity has been piqued, the restaurant is O Foral in Larga Vista, located in the forested area between Algoz, Messines and Paderne. Bestaurant status will ensure a proper Google Earth entry on Algarvean Daze. In the meantime try and find it yourself - and hopefully you will be as pleased as we are about the return of the prodigal restaurant.