A few years ago, when I bought my first ice-making machine, I thought I was being clever. Best price in Algarve, 329€, best price in Spain, 169€. So I went to Spain. Twice. Once, to find that El Corte Ingles didn't regularly stock the machines, and once, a week later to collect the ordered equipment.

When, after 18 months it ceased to function, I made the decision not to make the additional two trips required to have it repaired under warranty, and it's subsequent collection , but consigned it instead to the Portuguese recycling system. By this time prices had fallen in Portugal, so a replacement was procured for 150€, from Radio Popular. 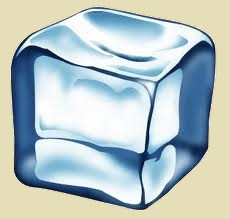 Fast forward almost two years. The machine, as it's predecessor did, dies. One year and three hundred and sixty-three days into the two year warranty period. Picture a very rapid trip back to Radio Popular.

Radio Popular was crewed, on that day, by a staff of one. After an extended conversation (not for here, the unexpurgated version is best kept for anecdotal drivel over the dinner table) I was informed that as the machine came from China, and would have to be returned there to be fixed, Radio Popular would not accept it for repair under the warranty. No way.

Just as I was about to execute my rant program, the assistant explained that as they couldn't/wouldn't repair the unit, I could have money back as a store credit. Her tone was that of a parent teaching a young child about some previously unencountered event, as she answered my question of 'How much credit?' by stating I would receive credit for the full purchase price.

As I was about to purchase a new washing machine from Radio Popular, it did not take me long to realise that this was probably as good as it gets. Two years free use of the machine, and as Radio Popular didn't have any in stock, I popped across the street to Makro, found a bigger, better one, and netting off all the costs, paid a 10€ premium for the new icemaker. Which now comes with a two year warranty.

I wonder, should this new one die near the end of it's warranty, will Makro be as customer-friendly as Radio Popular was?