As some of you know (as ALL of you should know) Algarvean Daze publishes current Algarve events under the auspices of it's sister site, Algarvean Daze on Facebook. Hint: If you didn't already know, you do now, and there's no excuse not to regularly visit! 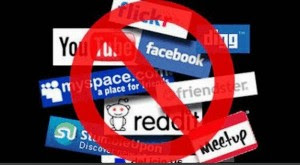 A lot of the information that we publish has it's source in the official websites of the various councils which govern the Algarve, websites which cater for the social and cultural needs of the population as well as the daily administrative bureaucracy. And herein lies the problem. We at Algarvean Daze use social networking sites to collect the council information that we ultimately dispense, but some of the Algarve Concelhos do not - in 2011 - link to social networking sites. This means that the events they support are only known to those who visit the individual, official site of each council - at times quite a time-consuming task.

So, to the Presidents of Albufeira, Castro Marim, Lagos, Lagoa, Monchique, Olhão, São Brás de Alportel and Vila do Bispo Concelhos - get your act together. You spend time and scarce money to put on events for the people, then hide this information away from the wider population. Wake up!

We can't help you if you don't/won't help yourselves! And we would really like to help you.