This one snuck up on me - as of this month it's been ten years since we moved to the Algarve. The upside must be that in spite of the upheaval we have managed to slot ourselves into the country, and to some extent it's customs, the downside may just have something to do with being ten years older. 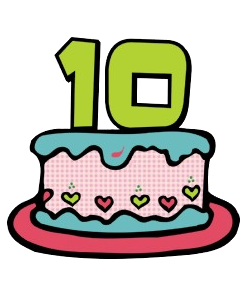 There has been much written lately about expats abandoning the 'dream' and returning 'home'. If we wanted, we wouldn't, we couldn't do that, as Portugal, the Algarve, is now home. We never really had a dream, but we did have a plan. When we left the UK (not my country of birth) we pretty much cut our ties and now I'm not sure that we could afford to get back on the property ladder, to live there. It may not be as cheap to live in Portugal as it once was, but I really do believe that all told, Portugal is still less expensive than the UK.

We are still working to the weekly budget we set ten years ago, and in fact have not increased the total amount. Yes, the way that money was allocated has changed, with more on dining out and less on groceries, but the bottom line remains the same. In respect of annual expenditure, we still feel that we are ahead on rates, TV and heating, but maybe paying a bit more for insurance and communications. But the scales are still tipped in our favour.

Will we stay in Portugal forever? I don't know. But I do know that it's unlikely we'll be going back to any place we have already lived before. So Happy Anniversary to us, and to all the other expats who see the benefit of riding out the storm. Parabéns!